A Simple Conversation: The Birth of a County 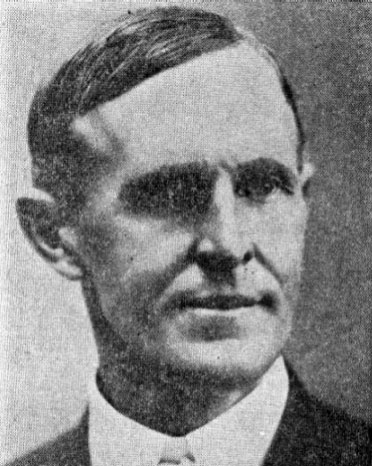 This article from the 2010 spring issue of Tustenegee is by HSPBC’s Chief Curator, Debi Murray, and former Archivist, Steven Erdmann.  For proper context, please note the original publication year of all reprinted articles here; they receive only minimal editing.

Great change can come out of the simplest conversations. For instance when Guy Metcalf, former publisher of the area’s first newspaper, commented to Louis Burkhardt, West Palm Beach business owner, that he thought Dade County was too big, and that “we ought to have a county of our own,” Burkhardt agreed and proceeded to gather a group of like-minded men who wanted to whittle a new county from the old. The group called themselves the County Division Movement and they elected eight men to oversee the division. This executive committee included Burkhardt, Dr. Henry C. Hood, second medical doctor on the lake; William I. Metcalf, lawyer and father to Guy; Richard J. Chillingworth, former Dade County sheriff and past West Palm Beach mayor; and Max Sirkin, Marion E. Guber, A.P. Anthony, and John C. Stowers, all West Palm Beach business owners. The gentlemen made it very clear from the beginning that they were not seeking any public office at the county level (many of them served in city government), nor were they creating a fuss because the south end of the county wanted to stay “dry” on the alcohol issue while the north wanted to stay “wet.” The County Division Movement’s complaint was that while northern Dade County paid 60% of the taxes, it did not receive its fair share of those monies. The northern end of the county was in desperate need of better roads and schools.

The first attempt at separation occurred in April 1907, and while the measure passed in the state senate, it failed in the State House of Representatives. Since the Florida legislature only met every two years, the County Division Movement had time to prepare for the next meeting in 1909. Their first job was to find a candidate who would support their petition in the state house of representatives. They found George O. Butler, a man who would eventually be called the Father of Palm Beach County. Although he had been born in New Hampshire, Butler grew up in Dade County and had worked as a surveyor and as the county’s tax assessor. Both positions had allowed George to travel extensively throughout the county and consequently, he knew it well. He also agreed that Dade County was too big. During his campaign for state representative from Dade County, he boldly stated that his number one priority if elected was to push for the creation of Palm Beach County. Butler and the newly elected state senator from Dade County, Frederick M. Hudson, worked to push the bill through the state legislature. They succeeded and on April 30, 1909, Gilchrist signed the Document making Palm Beach County official as of July 1st of that year.

County officials planned to celebrate the big event in conjunction with the 4th of July activities. Since the holiday was a Sunday that year, the party was held on the 5th. The all-day celebration included baseball games, track and field events, barbecue lunch for all, and fireworks followed by a Firemen’s Ball. A brass band met all the trains bringing the celebrants into town. The West Palm Beach baseball team lost both matches of the day—the first to the Miami team, the second to Ft. Pierce. The tug-of-war was canceled. But by all reports, everyone enjoyed themselves. The fireworks display was larger and more stupendous than ever seen in West Palm Beach up to that time and the Firemen’s Ball at the station house on Datura and Poinsettia Streets was the icing on the cake of a perfect day.

George O. Butler’s life in the public office did not end with his success in pushing for Palm Beach County. He successfully ran again for the Florida legislature in 1910—this time as a representative of Palm Beach County—where he supported the separation of Pinellas County from Hillsborough. He continued in politics at the local level after that. First as Circuit Court Clerk (1913-1920 and again 1933-1940)—where he successfully helped create the15th Judicial Circuit and as a West Palm Beach city commissioner from 1927- 1933. When he wasn’t working for the public, he was an engineer with the firm of Butler, Barnett, & Taylor. The company surveying and grading on road projects such as Conner’s Highway— the first toll road from West Palm Beach to Okeechobee— and the road that eventually became Southern Boulevard. 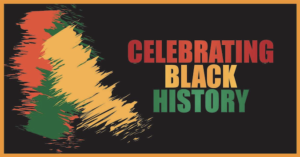