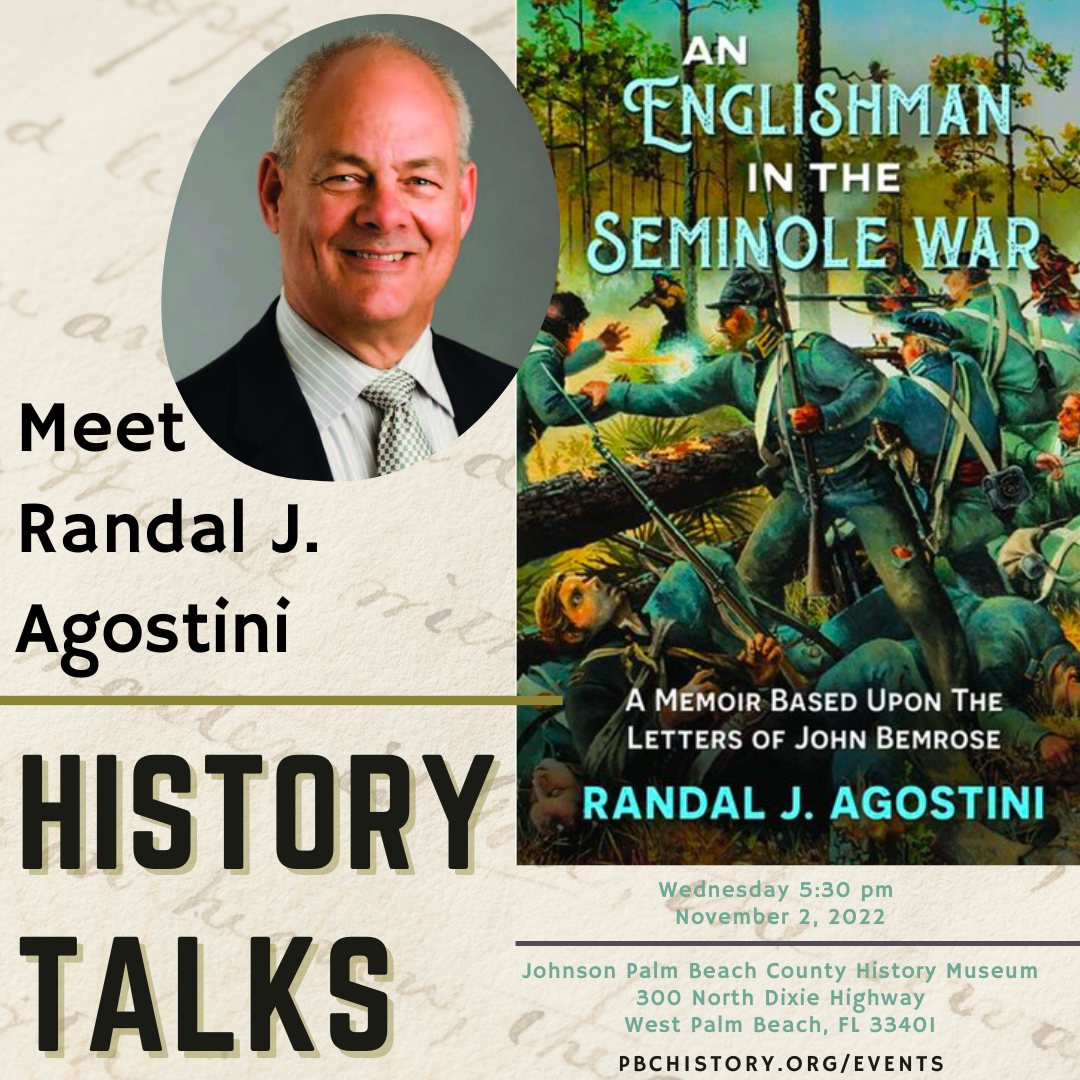 An Englishman in the Seminole War: A Memoir Based Upon the Letters of John Bemrose

John Bemrose, great-great-grandfather of the author, came to America from England as an unaccompanied 16-year-old in 1831. During the Second Seminole War (1835-1842), he served in the US Army as a hospital steward. Bemrose documented this period in letters to his eldest son, which Agostini has edited into a memoir. Bemrose provides unique descriptions of 19th-century Florida and the challenges of life as a soldier.

Randal Agostini was born on Trinidad and raised in England, where he was educated, served in the British Army, and learned to fly. Back in his homeland, he became a pilot for British West Indian Airways and built the first General Aviation Center and Charter business in Trinidad.