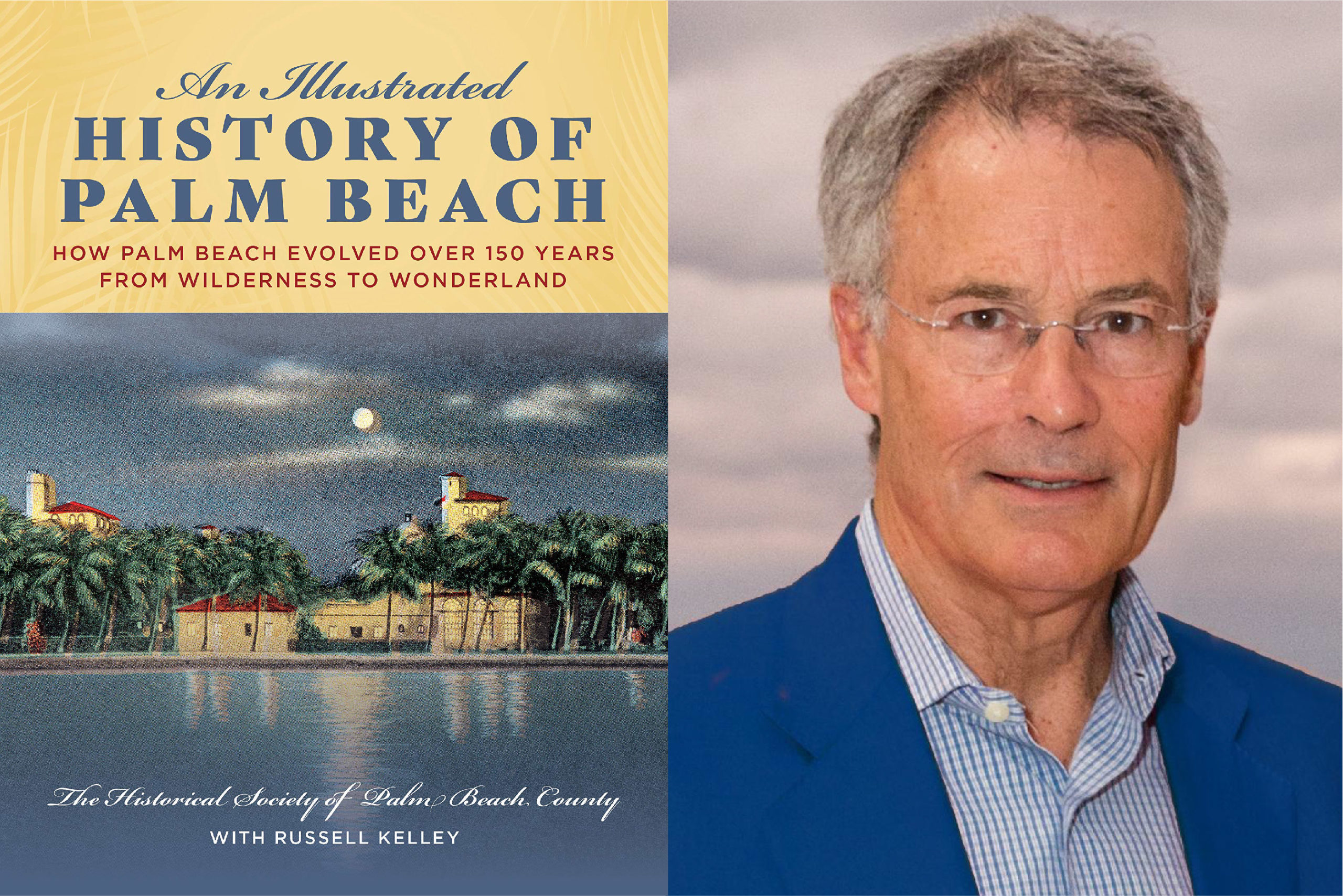 Due to the recent rise in COVID-19 cases, we are taking special precautions to keep all of you safe.  Russell Kelley remains is excited to speak to the Palm Beach community and will deliver both parts of his History Talk via Zoom.  We invite you to read the book, An Illustrated History of Palm Beach: How Palm Beach Evolved over 150 years from Wilderness to Wonderland, which is available in our Museum Store. (We offer curb pickup or shipping too). We also have available his book, as editor, My Darlings.

Palm Beach was settled in the 1870s by hardy pioneers like Elisha N. Newton, who built its first hotel, developed the Royal Park Addition, and was elected the town’s first mayor. In 1894 Henry Flagler put Palm Beach on the map when he built the Royal Poinciana Hotel and a railroad to transport his guests to it. Two years later he built The Breakers. A year before Flagler died, the Town of Palm Beach was incorporated and the first additions, roads, and inlet were built, setting the stage for the land boom of the 1920s.

When we receive your registration, we will email you the link for Zoom.  Don’t forget to register for Part II.

The Land Boom and Bust of the 1920s to Today

The 1920s ushered in Palm Beach’s golden age, when Addison Mizner and other society architects designed mansions for their wealthy patrons on land that often stretched from the ocean to the lake, such as Marjorie Merriweather Post’s Mar-a-Lago. The boom came to an abrupt halt with the 1928 hurricane followed by the Wall Street Crash of 1929. More than two million service men and women trained in Florida during World War II, many of them in Palm Beach County. Post-war development led to the demolition of many of those mansions, prompting the Town Council to adopt the Historic Preservation Ordinance in 1979.

Russell P. Kelley, born and raised in Palm Beach, is a lawyer with more than 30 years’ of international business experience. Now a strategic advisor, he represented global groups in Paris and London for decades. He divides his time between Palm Beach and Paris, writing and lecturing on history. Kelley is an active member of the Board of Governors of the Historical Society of Palm Beach County, with whom he co-authored An Illustrated History.

Thank you to The Palm Beach Post for covering our

Thank you @palmbeachsocietymagazine for featuring