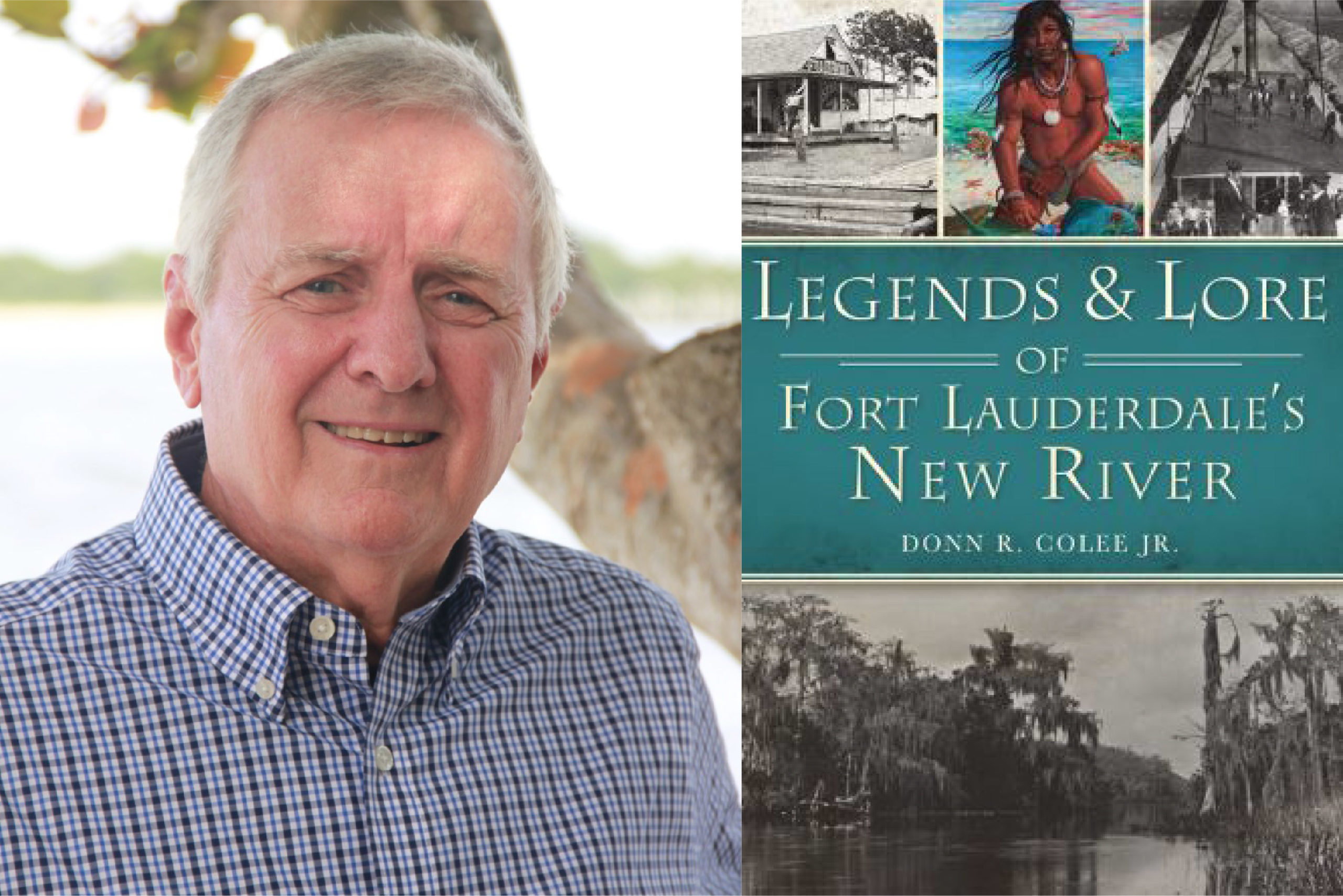 The New River winds its way through a mysterious and tumultuous history, from the whirlpools of a legendary birth to banks stained with the blood of a massacre. Longlost tribes were replaced by Seminoles and runaway slaves, with a few White pioneers seeking prospects in the frontier. After the Civil War, a trickle of immigrants became a flood of Confederate refugees and northern opportunists. Schemes to drain the Everglades turned swamp into subdivisions, with the New River at its core. Donn R. Colee Jr. traces the storied arc of this ancient waterway.

Donn R. Colee Jr. is a seventh-generation Floridian who worked in advertising/public relations before spending 20 years at WPEC TV 12/CBS, in part as station manager. He is a former commissioner of the Florida Inland Navigation District, which maintains the Atlantic Intracoastal Waterway. Colee’s great-great-great-grandfather was civil engineer for the Intracoastal, which was built by a company he co-founded. Available in the Museum Store: Legends and Lore of Fort Lauderdale’s New River.