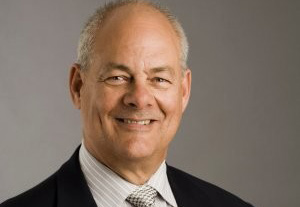 Randal Agostini
An Englishman in the Seminole War: A Memoir Based Upon the Letters of John Bemrose

John Bemrose, great-great-grandfather of the author, came to America from England as an unaccompanied 16-year-old in 1831. During the Second Seminole War (1835- 1842), he served in the US Army as a hospital steward. Bemrose documented this period in letters to his eldest son, which Agostini has edited into a memoir. Bemrose provides unique descriptions of nineteenth-century St. Augustine, Jacksonville, Micanopy, and other locations, as well as the challenges of life as a soldier.

Randal Agostini was born on Trinidad and raised in England, where he was educated, served in the British Army, and learned to fly. Back in his homeland, he became a pilot for British West Indian Airways and built the first General Aviation Center and Charter business in Trinidad. Agostini authored three books on flying before the subject of his lecture, An Englishman in the Seminole War: A Memoir Based Upon the Letters of John Bemrose.

Available in the Museum Store: An Englishman in the Seminole War: A Memoir Based Upon the Letters of John Bemrose.